Unity has a powerful visual scripting feature that VPE leverages for creating game logic without having to write code. It uses a node system which VPE extends to significantly simplify common tasks in a pinball game.

Visual scripting was previously named Bolt and was a commercial product in Unity's asset store. In 2020, Unity acquired Bolt and made it freely available.

VPE provides many tools that help you create pinball games. Our goal is to make it as easy as possible, so also non-technical people can pour their creativity into making original games.

Looking at Visual Pinball, which uses VBScript for not only the game logic but also all the physical logic, people often ask which scripting language VPE will use. We don't have an answer to that yet. While Unity uses C#, and you can code whatever you want with it, there are a few obstacles that we need to overcome before recommending C#, namely:

Visual scripting doesn't have the above problems. It doesn't need to be compiled, and the VPE APIs are the nodes that we provide.

Personal note: As software developers, we're obviously skeptical about anything that is supposed to replace code. So, we started implementing an EM game in visual scripting. After putting some effort into creating the right kind of nodes to bring down the graph size significantly, we're happy and we think it's an awesome way of creating game logic.

If you're coming from Visual Pinball, you're probably used to doing everything in VBScript, including physics hacks and transforming objects on the playfield. VPE is different in that it separates the physical aspect of the table from the logical part (the "game logic"). We use visual scripting exclusively as a Gamelogic Engine.

This approach already reduces a lot what visual scripting must be able to do. It basically boils down to triggering coils and lamps based on switch events. Of course, there are a few more things like updating the display and for more complicated games, triggering entire light shows and sounds, but in a nutshell it's very simple.

For more details about visual scripting in general, check out Unity's documentation. You will learn about graphs, and about script and state machines. 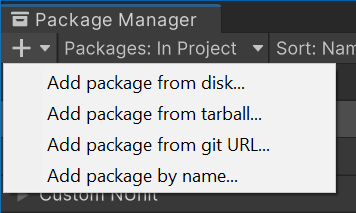 Then, input org.visualpinball.engine.unity.visualscripting and click Add or press Enter. This will download and add visual scripting to the project.

You will need to have our scoped registry added in order for Unity to find the visual scripting package. How to do this is documented in the general setup section.

Once the visual scripting package is installed, you can set up the gamelogic engine for it.

We've successfully used this package in a single player EM game. Its logic was relatively simple, and there are two important distinctions between an EM game and a modern era game:

Visual scripting does neither of that. As mentioned above, it's good at reading switch changes and triggering coils and single lamps. Driving a segment display or score reel is very well feasible too, but don't expect to recreate JJP's Guns N' Roses just yet.

For this you'll need a proper light sequencer and a video engine. Both are tools that will eventually be created, but today that's not yet the case.